Turn On, Tune in, Drop Off…

Andy Parker started learning guitar in his teens, playing in bands in the pubs and clubs of London. As his interest grew in music, so did his appreciation of the musical process and after gaining some experience in live sound mixing, he set out to become a recording engineer and producer.

Starting at Regent Sound Studio and then TPA Studios in Denmark St, he tape-opped with Martin Moss (engineer responsible for Stewart Copeland’s great drum sound on the first two Police albums), before moving on to R&M Studios in Dalston, east London. Here, he recorded reggae bands and learned to mix dubs, before he began to receive the attentions of the next wave of guitar bands to break through – he later toured Europe, surfing the soundboard for several of them, including The Cannibals, The Corndollies and The Popguns, among others.

As guitarist and producer in The Relatives, with Steve Lake (ex-Zounds) times were particularly fruitful, with the band recording an album and a couple of singles, achieving deserved recognition in Europe.

However, ill health and exhaustion caused him to leave recording studios: “I was burned out after ten years,” he said. “I really needed to catch my breath and decide on the next step…” For him, that took two forms – to return to playing live more and to develop a burgeoning interest in painting.

“The art came out of the latter studio days,” he laughed, “I started off drawing the near-field monitors in the quiet moments, first in outline and then in tone. Big breakthrough!”

Reviving his musical relationship with Steve Lake, they gigged acoustically, before a motorbike crash in the late ’90s left him with a bad hand injury and no band. He took this as his cue to put his own electric band together playing a bubblegum pop set, under the name Coolwater [whose recordings can now be found on this site].

After Coolwater had run its course, Andy decided to concentrate his music on recording and releasing music on his label, Into The Red Records – London, rather than performing live. Using a set of demos he’d first recorded as rehabilitation after the bike crash, he set about recording his debut CD of guitar instrumentals: Listening at the Keyhole. He recalls:

“The original idea was to make a very relaxed, laidback album of reggae-influenced, blues-guitar playing instrumentals – I’ve always written instrumentals, since I started playing and besides, if sax players can make records without vocals, I didn’t see why I couldn’t.

“It’s funny how all those dub and reggae studio influences, which were never part of my live performance repertoire, came to the surface when they did – how deeply ingrained they had become.

“The first album gave me a chance to get back in touch with the incomparable Dawna Lee, who I had first recorded as a teenager and also with Paul ‘Kojak’ Joseph, all-round wonder kid of reggae and his excellent band The Nazarites. The Nazarites drummer, the fabulous Rim Bim I rather under-utilised along with Kojak, on that CD, but at least I can say that they are there. [The second album Tranquille, featured Nazarites sax player, Alex Thomas, as well as future Internationale, Andy Duncan] I hope they’ll give me a second chance!”

After the release of Tranquille, his second album, he took a break after a number of personal setbacks; and it was to be another three years before the Englandland project surfaced  [a collection of spoken word-with-band recordings also now on this site]

“They were very much a mid-point for me between full songs and the previous instrumental releases and followed in the footsteps of many disparate artists that I liked, but never checked in my other recordings: The Bonzos, Hawkwind, Ian Dury and John Cooper Clarke, amongst them…”

However, following this enforced break, he returned with the double album Midas Touch, the next in his series of instrumental works.

“Having plenty of experience writing instrumentals, composing a new set of them has become very natural to me. They aren’t songs-without-vocals, either. They are instrumentals. But Midas Touch left me fairly exhausted, so for the next project I decided to enlist some old friends again to compose and record. Enter The Internationales….”

Andy Parker was also featured in an article on the Islington Faces website: 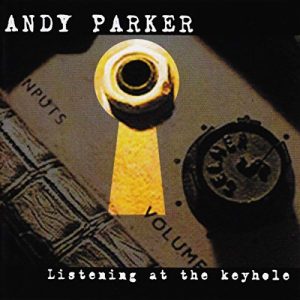 Listening at the keyhole - Andy Parker 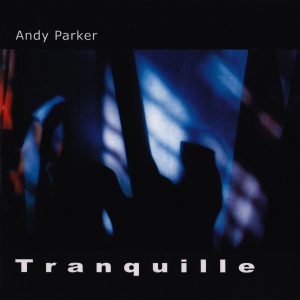 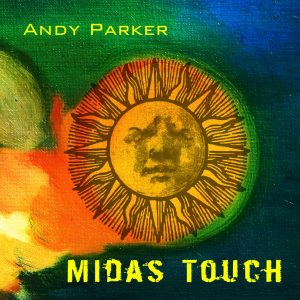 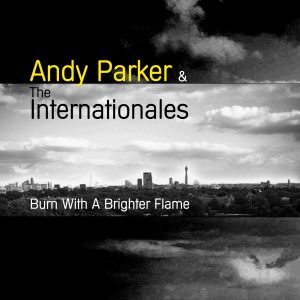 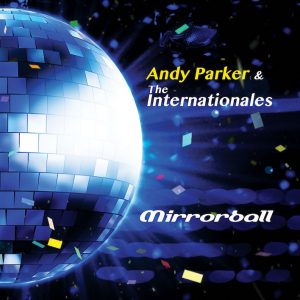 Mirrorball - Andy Parker and the Internationales 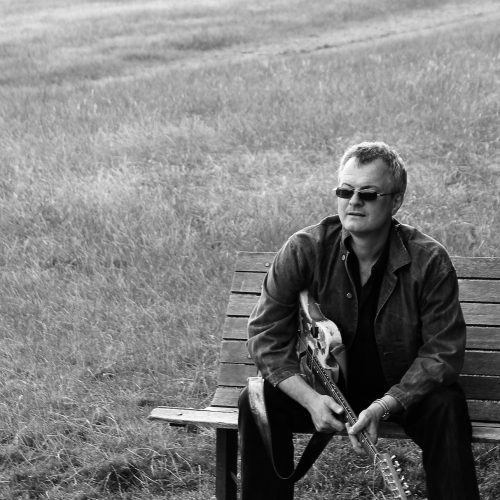 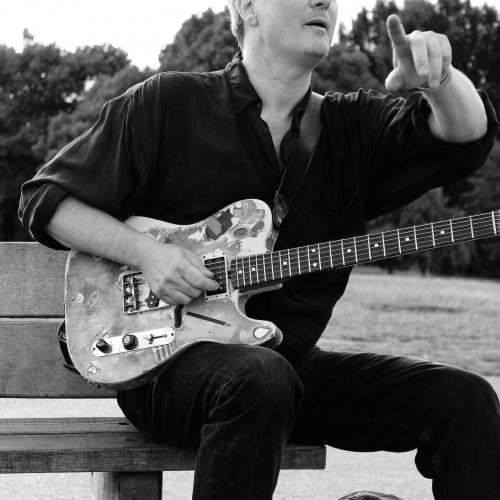 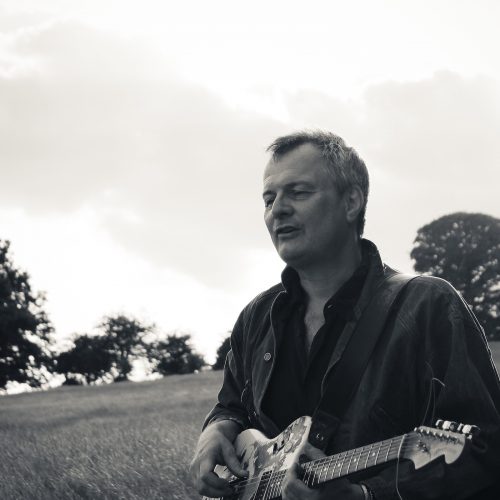 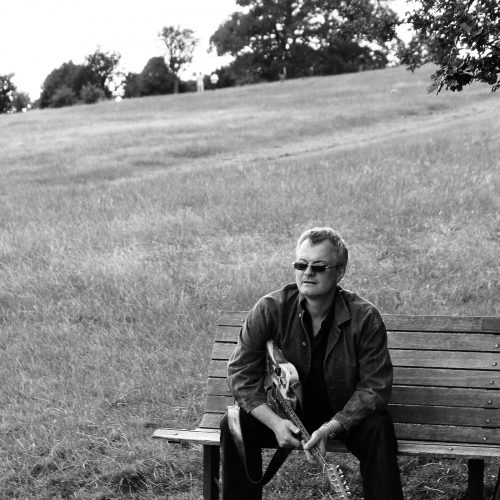