Coolwater - The Lost Sessions 2 - Down Near the River 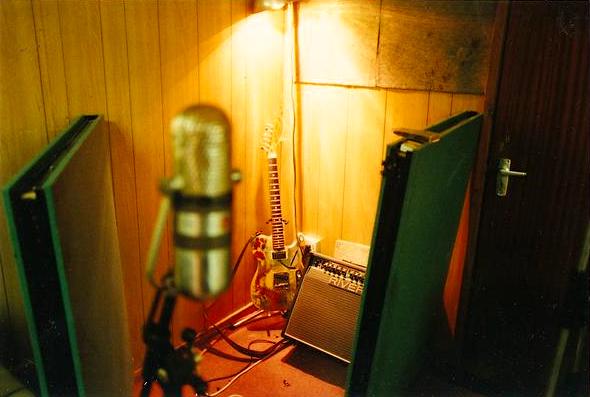 I Don’t Love You Anyway

What Do We Need

People Talk To Me (+kids)

“This was a chance to put down the longer tracks, the ones that had solos in them. As much as a chance for some extra guitar-playing for me, the solos came about for more practical reasons, as after the first few gigs, I was seeing stars between songs and I realised that the singing started and finished right at the song’s perimeters, leaving me no time to draw breath. I’m sure that’s something more experienced vocalists worked out long ago, but apart from backing vocals and the odd lead when I was in the Relatives with Steve Lake, I hadn’t had to work out this stuff.

“Recorded in our damp fastness once again, this set was actually put down six months after the first sessions. This can be heard in the sound of Pedro’s lovely Ludwig kit, an old ’60s one that looked like Ringo’s, reduced from a snappy precision, to a slightly dull thuddiness as the hoops seemed ready to burst, as the water in the air was absorbed by the shells.

“Amps were failing, tempers were frayed, subtexts were becoming less sub-, personnel was changing, approaches to the music had progressed, but since the show had to go on, Graeme and I got down to work, so it did!”